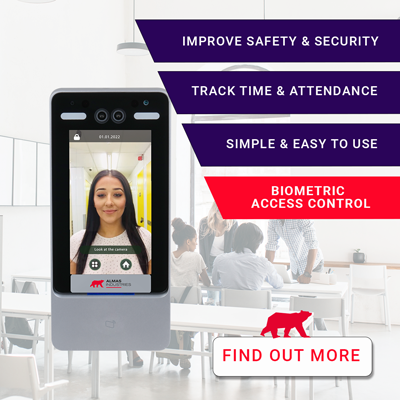 Being within the biometric industry we like to keep up to date with the news. This topic caught our eye and we were shocked to find out just how many children go missing each year across the world. One development is the use of facial recognition to locate  children. According to the Indian news outlet NDTV, nearly 3,000 children have been located in New Delhi only four days after the city police department adopted an experimental facial recognition system (FRS) software program. This is a significant improvement to the milk carton approach.

So many missing children

Tracking the thousands of children who disappear each year in the 1.3 billion-person nation is an impossibly enormous undertaking. According to India’s Ministry of Women and Child Development, more than 240,000 children were reported missing between 2012 and 2017 alone, although the real number is probably higher. Some organisations estimate that the true number of missing children is close to 500,000 per year. To aid recovery efforts, the Ministry established a nationwide online database called TrackChild, where photographs of missing and found children can be posted and viewed, and police information can be shared between agencies and with citizens.

The statistics on the scope of the problem worldwide make for worrying reading:

This, however, is only a snapshot of the problem. In many countries, statistics are not even available. Even available statistics may be inaccurate due to under-reporting/ under-recognition, inflation, incorrect database entry of case information and deletion of records once a case is closed.

Biometrics are starting to change the game

India is not the only country to use biometrics to aid in locating lost children. Back in 2013, a new app was developed in China that used facial recognition technology to help identify those that are missing. Baobeihuiji (or Baby Back Home) is a non-governmental group dedicated to reconnecting lost children with their parents. Users of the app take a photo of a child they think is lost on their phone. The app then uses facial recognition technology to identify matches with a missing person’s database. If a match is found, the family is notified. As of May 2017, there were 64,000 cases on the Baobeihuiji website.

Some experts believe that as many as 70,000 Chinese children, mostly boys, are kidnapped every year. The Chinese government puts the estimate closer to 10,000 and the United States government estimates 20,000. These children are usually sold to foster parents or people who use them for slave labour or prostitution. When Fu Gui was six, he was abducted on his way home from school in Chongqing, China. He was then trafficked to Quznahou, about 1,000 miles away, where he was sold to foster parents. As a result of the Baobeihuiji app, he was reunited with his family after 27 years.

The debate of biometrics for aiding with lost children

With biometrics, there is a fine balance between using biometrics for benefit and it becoming too invasive. Sometimes children go missing for good reasons, for example, because they are being abused and in fact, they run away from home and don’t want to return.

When you read stories about children being reunited with their parents, it is wonderful, however there need to be strict regulations in place to prevent the misuse of biometric data, especially when it comes to missing children, with only authorities having access to the database and stringent verification and counselling processes before a child is returned back to an environment

Technically, children are classified as vulnerable adults and come under a special classification under data protection laws. This could be evidenced in Ireland whereby the early position of ICO and Data Commissioners on using facial access control had led to it’s use being stopped in schools.

How biometrics can help the cause

Companies are starting to explore the use of biometrics to help locate missing, vulnerable or people in danger. Much research has gone into these endeavours including the aid with research and development from universities.

For example, Marinus Analytics, created an anti-human trafficking tool called TrafficJam helping to reduce the amount of police hours spent trying to track down victims. Bluestone Technologies have also used biometrics to locate missing people in the Bahamas after it was ravaged by Hurricane Dorian.

As you can see, the utility of biometric technology is endless and can be a great asset to people and companies when they come together. As market leaders, innovators, manufacturers and installers of fingerprint and vein technology systems, Almas Industries are well placed to help with all aspects of biometric control and security. Our systems are effective, highly secure and easy to operate. You can arrange your free, no obligation security survey by calling us on 0333 567 6677. If you prefer, you can always send a confidential email via [email protected]