Eventually, consumer devices will continuously know that it is “you” (and respond to “you”), but then be able to seamlessly switch to another user if that user comes into view (and you leave the field of view). By using this data to infer the context of your actions they will be able to better understand your requests, anticipating what you want even before you ask for it. Imagine your smart camera picking up that you look tired, and then asking you via your smart speaker if you want a coffee-making? 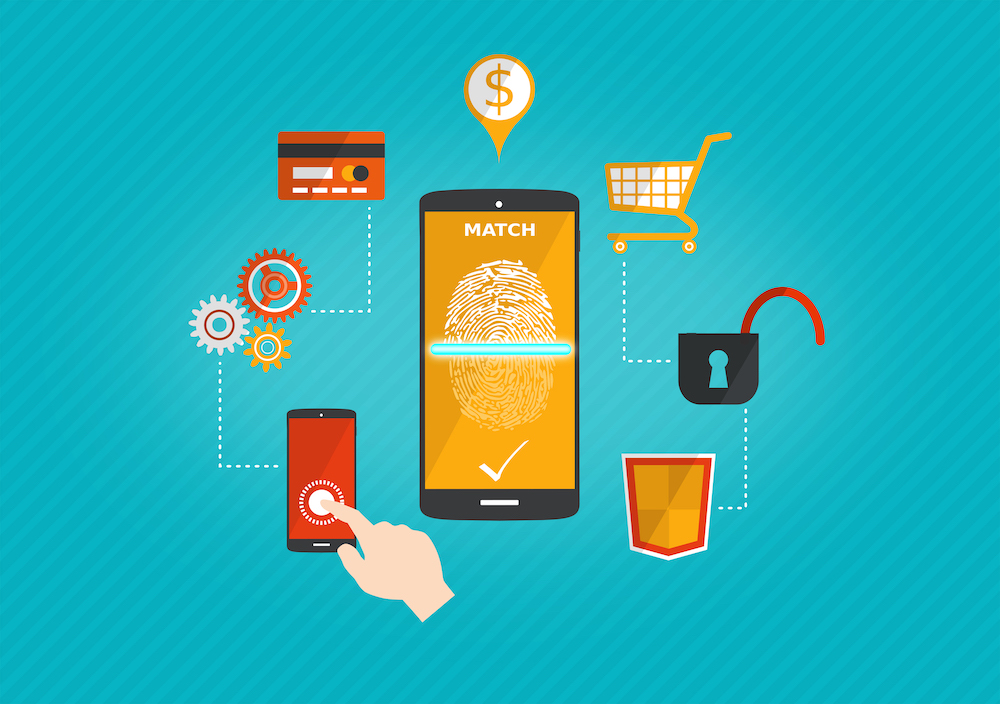 Hundreds of millions of people across the world use biometrics every day. Mostly this is in the form of fingerprint or facial recognition on mobile phones. Considering that Apple launched the first biometric fingerprint reader in 2013, the adoption of biometric technology has happened incredibly fast.

Yet for the most part, until recently, biometrics has only been used as a virtual key – to unlock a device such as a phone or a laptop. Things are changing though, with the advent of pervasive biometrics which forms part of a flexible toolkit which allows the development of numerous different types of application.

What the future holds

It is predicted that over the next 1-2 years, there is going to be a surge in the use of speech identification. This will be built on an ever-increasing acceptance of smart speakers like Amazon’s Echo. Artificial Intelligence within these systems is learning to identify one user from another. For example in a family home, Alexa will be able to know what each person would like to listen to. Therefore, rather than saying ‘Hey Alexa’ the user can say ‘Hey speaker’.

What is most important in this scenario is that no-one had to register a profile for this learning to take place. Just matching a unique vocal pattern with usage habits is enough to make for better user experience. This is called passive personalisation, and it’s going to be a big development in the world of biometrics and artificial intelligence.

The same sort of passive personalisation without explicit enrolment can enhance the experience of many other connected devices. A small camera on a connected TV could identify the faces of different viewers in order to suggest new shows based on their viewing habits. It could also determine if two family members are sitting on the couch and search for shows that both of them would like.

Imagine that you want to purchase a movie after one has been recommended to you. Voice recognition could come in handy here too. You could use a smart speaker to read out a code sent to you by text. The speaker could then verify the code and your voice, making sure that it’s you doing the purchasing and not someone else.

While voice recognition based on AI learning is great in some situations, it’s not discriminating enough for others. For example, if you wanted to protect your car from being stolen, voice biometrics has little to offer on its own. However, a fingerprint sensor instead of an ignition key is a highly secure means to prevent theft. The same car could also harness voice identification to help you pick the best tunes through the hi-fi system. Imagine combining different types of biometrics like voice and fingerprint, and you could pay a toll and a drive-through for your food while listening to music you have asked for!

As biometrics are more widely used in everyday applications, crooks, spies and those who want to cause trouble have become increasingly clever in the ways they will try to hack a system. Since then there have been several instances where biometric data has been left vulnerable to attack. British Airways and the Mariott Hotel Group have both been fined for data breaches under GDPR, and in both cases, biometric data was involved.

One protection against a data breach is to ensure that all data is kept off the cloud. Our biometric readers meet the highest standards of security, combining cutting edge technology with the best biometric components. We are very proud of our fingerprint readers which we design ourselves in France and are manufactured entirely within Europe. We use patented encryption technology with a highly accurate algorithm, which never scans a complete image of a person’s fingerprint. Furthermore, it’s not possible to use any fingerprint data outside of the system. This means that the system is protected against hacking.

The emergence of HAL?

Biometrics are becoming more and more fluid, so we should expect that sensors and artificial intelligence will continue to develop rapidly in the next few years. Networks of connected devices – smart speakers, cameras, TVs etc., – within our homes and workplaces, will be able to provide more interactive services.

These devices will be able to authentic ‘us’ as users on several levels, using fingerprints, voice and facial recognition. Even breath recognition (as seen in Alien Resurrection) may be a reality at some point. Eventually, consumer devices will continuously know that it is “you” (and respond to “you”), but then be able to seamlessly switch to another user if that user comes into view (and you leave the field of view). By using this data to infer the context of your actions they will be able to better understand your requests, anticipating what you want even before you ask for it. Imagine your smart camera picking up that you look tired, and then asking you via your smart speaker if you want a coffee-making?

The rise of the machines

Not everyone is happy about the rise of biometrics and artificial intelligence. Passive personalisation can easily be viewed as a process in which we, as users, have little to no control. For many, the feeling that AI is learning only by listening in to the patterns of our daily lives feels invasive. But in most cases, it’ s not actually the technology itself which is the issue (although we are the first to admit that Alexa can be a bit creepy at times), but the number of ways that biometric data could be misused if falls into the wrong hands.
Technology has the power to make our lives better, in terms of improving security and protecting us against threats like crime or terrorism. It can do amazing things and make many day-to-day tasks easier and less time-consuming. If we want to live in harmony with it, then we must make sure that future developments are done so within a framework which upholds transparency when it comes to data storage, use and management.

Here at Almas, we are incredibly proud of our Optima biometric fingerprint readers, which we design and manufacture in Europe. You can read more about how they stack up against some other brands here. The reader meets the highest standard of security combining cutting-edge technology with best-in-class components. We use a patented encryption technology with a highly accurate and powerful algorithm. We never capture or store a complete image of a fingerprint. Only a small subset of the characteristic points, or minutiae are extracted and turned into a template.