"There are many advantages of using fingerprints as a substitute for passwords and keys. Fingerprints are unique and can be forgery-proof when combined with the right technology. They cannot be lost, nor can they be lent, or left on the kitchen table in the morning". 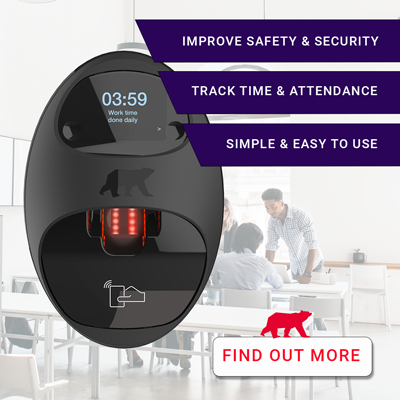 The method of identifying people using fingerprints has been around for over 100 years. Even then, the purpose was crime-solving. The first automatic system for identifying fingerprints was developed later and came into use in the 1970s. The application focused on advancing the fight against crime.

The use of fingerprints on smartphones to unlock screens has increased the acceptance of biometric recognition among consumers in everyday life. Such systems have found applications in buildings such as biometric fingerprint scanners that play a role in access control for companies.

There are many advantages of using fingerprints as a substitute for passwords and keys. Fingerprints are unique and can be forgery-proof when combined with the right technology. They cannot be lost, nor can they be lent, or left on the kitchen table in the morning.

Are fingerprint scanners all the same?

There are many other biometric authentication methods, but the fingerprint scanner is now the most widely used biometric identification method. It offers many advantages and is easy for companies to implement and use.

The following are the different types of fingerprint readers that are currently available on the market and vary considerably in both security and price:

Optical fingerprint systems are the most widely used type of reader. With this method, light-emitting diodes create a digital sample of the fingerprint. During the use of the access control terminal, the employee places their finger on the scan area.

An image of the fingerprint is then recorded and discarded, whilst the algorithm matches binary sequences against the stored binary template. This method is considered to be one of the most counterfeit-proof methods on the market.

The functionality of the capacitive sensors works similar to the optical sensors. However, the digital pattern is generated through electrical voltage. In contrast to the optical scanner, the user swipes their finger over the scanning surface.

This method also uses a comparison between the saved and the current pattern. Capacitive readers are less prone to forgery than their optical counterparts and are therefore more expensive. The system delivers excellent image quality and allows a small and compact installation.

Ultrasonic waves are emitted when the fingers are placed on the surface. These are thrown back by the finger and hit the sensor again. A specific pattern of the finger is created. This relatively new method enables the sensor to be attached under the display glass.

These types of sensors open new possibilities for device design because the touchscreen itself becomes a reader. The finger no longer has to be placed on a specific, limited point.

With this method, sensors determine the minimum temperature differences between the finger lines and generate a thermal image of the finger placed on it.

If you are looking for a safe, secure, and efficient way to protect your site, biometric access controls systems are a great way to keep your valuables protected. Secure your business with effective security solutions today.